Better Men for a Safer You!

Better Men for a Safer You! 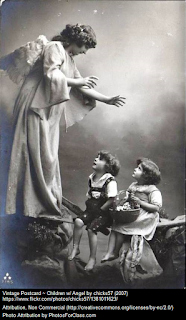 Two new, heretofore undiscovered duties of the Federal government have been discovered. The duty of Preventing Gun Violence and its sister clause, Keeping Us Safe.  They are Article 9 3/4 subsection A & B, respectively, or something, so don't feel bad for missing it.

In ensuring the government meets its duty to Prevent Gun Violence and Keeping Us Safe there is not a gun that exists, that a liberal does not want to grab, nor is there a gun control law written, that they do not want to be passed.

"But sillies, we don't want to take your guns"

“We will get away from this notion that some gun cases are mere possession cases,” said Richard M. Aborn, president of the Citizens Crime Commission of New York City, who helped to spearhead the new approach. “When somebody makes a decision to pick up a gun, that’s like a pre-murder case.”

"Aha! You wish to apply to purchase a gun! Therefore, you must want to commit murder most foul! Since, you sir, are indeed a murderer in thought, though not - yet - in deed, you most definitely must be denied possession of a gun."

Pre-crime. I am on the record, repeatedly, stating that the simple act of wanting to own a gun will make you either mentally ill or a criminal to those that wish for the power to dispense rights to the deserved.

CNN published this piece after Obama's lecture on the badness of an armed citizenry. ( The one where he looked a survivor of rape, in the eyes, and told her that a gun would not keep her safer.)

"So, what should Obama do?

The President needs executive actions that cannot be obstructed by Congress. That's only possible under a declared National State of Emergency for the Gun Violence Epidemic."

Basically, he wants the president to martial law to control guns the way the left sees fit.

Besides not having accurate facts to back up his claims, this guy is not only wanting to get rid of due process but also wants to get rid of one of the most foundational principles of our Constitution, the checks and balances that keep our co-equal branches of government in line. He wants his ruler to have a strong hand when dealing with the issues he agrees with, not giving any thought to what will happen if the party he disapproves of gains the position of power. I would attribute that to not only short-sightedness, but incredible hubris. They do not think they can lose.


To the anti-gun crowd, the inanimate gun is the problem they can solve. The human heart is one they can not. Not directly anyway.  The world will be the better place they know it can be if only enough laws are passed controlling our actions. If only enough media outlets and schools show us the proper way of thinking we will come to appreciate their efforts.

The safety of the populace cannot be left to mere men. That Great Responsibility falls on to the benevolent shoulders of our Elected Officials.  Through the power of the ballot box, these former examples of humanity are transformed into Better Men (or Women) better suited for the job of protecting us from ourselves.
at November 20, 2018