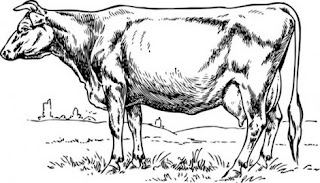 A lot of angst has been expressed over Vice President Pence's tie-breaking vote to defund Planned Parenthood.  The banshee screeches of "How dare MEN to decide what we do with our bodies!!" ironically over the fact that these men have decided that not everyone needs to be funding what goes on with their bodies.

Why buy the cow, when you can get the milk for free is an old proverb that recognizes the commodity that is female sexuality. The literal sale of sex is not meant, but instead the social contract of marriage, in which the female historically was provided for in a mutually beneficial relationship. Her needs, her health care, her housing, her medical care, and all costs provided. Women held on to that commodity until the contract was official. Now, thanks to the sexual revolution, women give away, no strings attached, what every man on earth wants. So, indeed, why would he sign up for a lifelong financial burden when he can get those same fleeting benefits for free.

Of course, modern feminism has declared marriage outdated and patriarchal. Women don't need men, marriage, or family to be successful or happy in their daily lives. They have unchained themselves from the institution and declared themselves free agents, which is all well and good until the bills associated with such freedom start piling up. Suddenly they too, become Henny Pennys, wondering who will pay for their maternity care or prevention. However, will they obtain the magic baby stopping beans, if society won't provide them free of cost?

Which brings us back to the notion of cows.  A cow share agreement is one where consumers of the commodity, in this case, milk, pay a monthly or weekly fee to the owner of the delivery system (cow) of the commodity, for the costs associated with keeping and caring for it. Vet bills, feed, housing, etc, split up evenly among those participating in the share system. The owner of each share obtains a prearranged portion of the milk the animal has produced in that time period. ( selling raw or home pasteurized milk has been outlawed in most areas in the United State, the practice of cow shares is one creative mechanism for getting around restrictions) Since exchanging sex for money is frowned upon ( illegal) I propose the lady in need of funds to pay for the prevention of the products of conception make a similar agreement with those she intends on sharing her bounty  (booty) with.

I agree that it is completely unfair for her to bear this burden alone. My quibble is with the concept that everyone should be on the hook.  A woman should enter into each and every incident of sexual activity with the cost in mind beforehand. No cost sharey, no sex sharey. Simple.as.that.