More
Marco Rubio gives an impassioned plea to remove Assad during Syria presser: "This goes to the core of who we are."

And, absolutely, the pictures are sad. They are meant to be. This is how propaganda works. 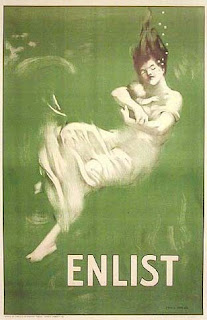 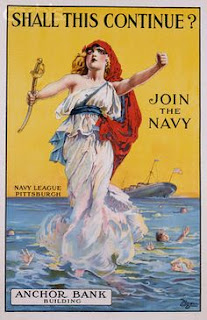 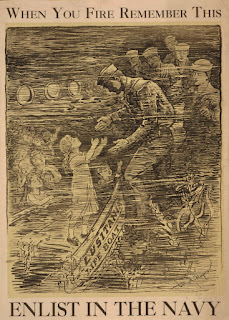 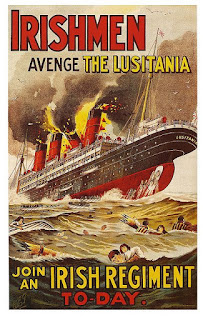 Sad picture, sad parent. We simply have to do something. No, indeed, WE don't.

These people, these countries, do have agency. It is simply not our place to take over for them. Their struggle, while ugly, is not ours to fight for them. We are neither a Superman - a hero to save them from themselves, nor are we Jesus - a wise all-knowing provider of Salvation from on high. Indeed, regarding ourselves as either of those is the height of hubris: we would do well to consider the craftsmanship of our pedestal.

Finally, and probably, mostly, "Whatever it Takes" is probably a very, very ugly thing. What is the solution to this problem? Our sons and daughters dying, for a confusing cause that no one understands? Dropping bombs, from on high, like gods again? Isn't that why ISIS is angry at us in the first place? Calling action there a national security necessity flies in the face of the evidence that our bombs are why they are bombing us.

Truman did something: Oh yes, indeed-rightly so- but the people saying WE MUST DO SOMETHING, hate Truman for doing The Something that he did.

If sad pictures are not motivation enough, the powers that be-while very disappointed with us-will then remind us, we must fight this battle over there to Keep Us Safe At Home. We will spend billions in a war over there under the guise of National Security-while being afraid to do the bare minimum to stop terrorism here, for fear of offending terrorists. Stopping innocent people from flying here is abusive; bombing them all to hell is just hunky dory.

But if  "motive unknown" is the cause of terrorism, how is going to Syria gonna fix it? We can't even say the name of the cause, for fear of offending, but we can bomb the crap out of it?

We don't know what the hell is going on with our government, but we are sure what is going on in Syria...please... (this our source for what is happening in Syria).

So you want a smaller government, conservatives? Quit nation building and sending our military everywhere. Liberals, you want a smaller military? I will tell you the same. That, right there, is something you all can reach across the aisle and agree on if you really wanted to. Of course, we know there is more to it: the beast is hungry and it needs to be fed. Our countrymen should be more than it's fodder; blood to grease the machinery.  American citizens are not Marco Rubio's troops for his personal moral crusade.
at November 20, 2018