It's All Fun and Games 'Til the SJW's Get Involved.

It's All Fun and Games 'Til the SJW's Get Involved. 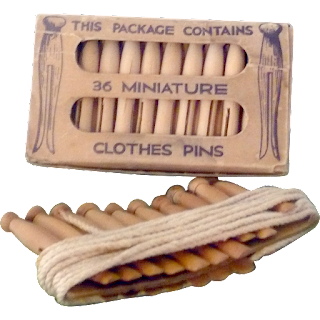 Body positive. Gender equality. Forced tolerance under any other name is still propaganda, and it still smells.

No longer satisfied with brainwashing your kids on social media, tv shows, and public schools, the Equality Brigade of Big Sister want to start indoctrination at the cradle. By social engineering the lumps of plastic your child can play with and what mascots adorn their breakfast cereal box they hope to build their socially conscience utopia brick by Lego brick.

"How many Lego mini-figures live on your street? With a planet-wide population of 4 billion, there are sure to be a few plastic folk nestling down the back of a sofa near you. But for all the mini-figures in the world, Lego does not produce a single one with a wheelchair or a disability?"


Of course, this is not true, pirates with eye patches and peg legs have been available for quite some time. ( Yay for being represented by a yellow plastic toy?). The X-men set also has the iconic wheelchair-bound character. I am sure there are more, but who cares. It's a toy. Toys are for play, for imagination expansion. You can remove arms and legs or wrap injuries in toilet paper bandages. You can get a sharpie when mom is not looking and draw scars.

The article goes on to bemoan the lack of wheelchair accessibility for Lego Airplanes. Seriously. This is adult grievance culture forcing its worldview on the mind of a child. I can remember many times as a child, a certain figure was the wrong size for the entrance for whatever building you were playing with. ( Oh and you could actually cross play. Barbie did not have to play with just Barbie abodes, she could ride "in" your brothers Tonka truck) We used our imaginations and pretended it got through and placed said figure on the other side of the door. Imagine it's wheelchair accessible if you are a child and actually concerned with such, and go your merry way. Problem solved simply, without the retooling of a whole toy manufacturing complex.

No answer on how toy manufacturers are supposed to illustrate less visible handicaps, like mental illness or blindness

For years, child development researchers have been calling for unstructured play to encourage creativity in children. At one-time coloring books were frowned upon. Pre-drawn illustrations were thought to handicap creativity.  Experts thought a blank page was the best resource to bring out the artistry in preschoolers. Yet today the SJW wants to force your child to draw inside the lines. Having every toy possibly imagined and pre-made for each possible play scenario, surely inhibits inventive problem-solving.

Of course, that is the point. Control. "Wrong play" might lead to "wrong think" so let's be sure that no "wrong imagining" happens. We know their busybodying does not come from genuine concern for the less fortunate, because after all, these the same people that fight for the right to abort a disabled baby. When it actually matters, their concept of forced acceptance only goes so far.

Of course, the bane of a feminist existence could not go unscathed. Mattel announced on Twitter, Time Magazine's new cover featuring the new "realistic" body Barbie. Because that is what playtime is all about, realism and not fantasy.

"Barbie has, to some extent, always been this bully to women. Her impossibly thin waist has taunted us, pointing out what for many of us is our biggest insecurity — our body size. Though she is carved plastic, she has screamed at us across generations, telling us our bodies aren't good enough. Now, that voice may quiet — albeit just a little."

When your toys are oppressing you, you really should seek help.


As a child, I read a lot of books about little girls. Not once do I remember Laura Ingalls wondering if she was going to look like a corn cob when she grew up. Little girls throughout the years were playing with molded clay dolls that vaguely had human shape. Sticks and clothespins wrapped in scrap cloth. Faceless primitive rag dolls misshapen and stuffed with sawdust never once pressured a child into wishing she too had a featureless visage.  Having a real doll was once a rarity. You sure as heck didn't complain about its dimensions

"As the old saying goes, beauty is in the eye of the beholder.   There’s just one problem: Despite our demographic diversity, not everyone’s beauty gets equal representation. However, new changes to one of the world’s most iconic (and influential) dolls are set to address this"

"In what is unquestionably Barbie’s "biggest change" since the toy first hit stores in 1959, Mattel is making room for other Barbies — 33 to be exact — to have a chance at dominating the shelves. And, to be honest, we’re all better for it."


Barbie is a toy, not a role model. To run an advertising campaign stating she is is a bigger issue than her waist size. Needless to say, Barbie is suffering the effects of the modern age. Kids are choosing electronics over plastic and ad campaign like this is causing the product to move, initially. Why? Limited run items are highly collectible. How many stores are going to devote shelf space to all models and clothing sizes? How many parents are going to fork over for the different clothing for all the diverse body types? Skipper was never popular for just this reason. Mattel needs to have realistic pocketbook standards. This is not a realistic long-term business model. Retooling to become less streamlined rather than more is backward in today's market, but of course, not a single SJW will mourn Barbie's passing should she indeed prove unprofitable. They got their feather, and if the bird dies, they will blame institutionalized misogyny etc and say it was too little too late.

Girls will never be a mermaid or Cinderella. Should we quit giving them toys that promote this false vision of the future? Most children will never grow up and own a Lamborghini, let's promote realistic driving standards. If we follow this logic, kids should only play with minivans. Allowing children to play with Disney castles or Barbie Dream Houses (or yachts) just sets them up for an unrealistic homing image. The will never be satisfied with their apartment complex or basic rancher. It's best to just nip all that imaginary play in the bud.

Believer or not, this is good advice, for the most part. Children's playtime is exactly that. Let them play. Let their creativity and imagination flow freely to solve the problems important to them. Let them be kids. Let the adults deal with all the serious issues that need serious people addressing them.
at November 20, 2018