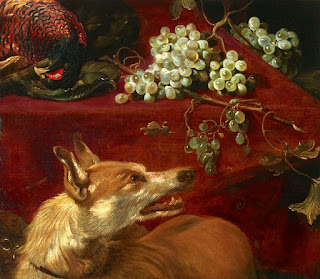 For the longest time, superiority complexes and perpetual smugness were stereotypically Democrat identifiers. Sadly, this trend has blended over, in the spirit of cooperation as it were, across the aisle. While I agree the average voter is, naturally, of average intelligence, I am troubled by the sudden rash of pundits and conservative writers calling the base "losers" and "stupid". Intimating that the GOP bears no responsibility for the mess the country is in. We as individuals are in a bed of our own making, and it's just OUR stupidity that got us in this mess.

Well if we got here on our own, and you think we can get out of it on our own...wtf do we need you?

Do not misunderstand me. I DO believe in personal responsibility. It's the reason why I tend to vote for the most conservative candidate available. Unfortunately, that is getting ever harder to do. It is difficult to exercise personal responsibility while the GOP is constantly bowing to the party that insists on legislating it away. Tough love, coming from a party of compromising pussies, is laughable.


You are selling us a candidate or a party based on how bad the other candidate and party have destroyed the country and the economy, it isn't a smart move to blame the constituents for the position they find themselves in, in life. Did the Democrats ruin our lives, or did we do it? If we did it in our stupidity, how did we become so ignorant?


The masses are uneducated. Ignorant of the process. Who let the liberals educate the masses? Who have you let control the federal department of education, with only minor "conservative" additions like No Child Left Behind? Why was the Common Core Candidate JEB! himself, considered remotely electable. Dietrich Bonhoeffer stated, "Silence in the face of evil is itself evil: God will not hold us guiltless. Not to speak is to speak. Not to act is to act." So, you've been silent on education, you haven't acted to stop the degradation. You should have. You were elected to. You have not acted, the ignorant masses you deride are on you.

"Vote for us! We will defund the evil PP that donates to the evil Democrats that votes to fund them. Just give us a majority" gives way to, " Yeah.. so.. we have a majority, but we can't really defund PP. That will lose us crucial seats later. You really need us in office to keep doing the work you sent us here to do, even though we don't, and you are too stupid to see it." You foisted on us the Gruber infested candidacy of Mitt Romney, but yeah we are dumb enough to think you are going to fight to repeal ACA.

These ignorant rubes are smart enough to see you've been playing them like the Democrats play women and minorities. So either they are genius enough to see through your superior plans, or your ruse was just basic.

Like any jilted lover, the fox despised the grapes he couldn't win and disparaged them. Instead of finding a way to reach them, he left them hanging.
at November 20, 2018